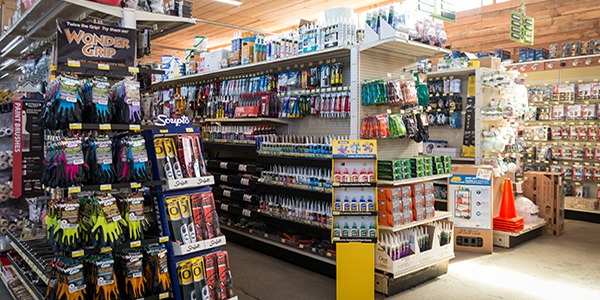 Shoppers are returning to brick-and-mortar stores this year and, with them, so is impulse buying.

The pandemic had a bigger effect on shopping than just closing physical stores and increasing online purchasing. When people lost their jobs or had their hours cut in 2020, the obvious reaction was to spend less to accommodate tight budgets. As Americans return to their favorite stores, their proclivity for frivolous purchases has accompanied them.

Statistics show that 84% of all shoppers admit to impulse buying and more than half, 54%, say they have spent more than $100 on an impulse buy, and 40% of all e-commerce is impulse buying. Add to that the fact that eight out of 10 impulse purchases are made in brick-and-mortar stores is cause for merchants to celebrate.

These trends come at a time when U.S. retail experiencing record growth. The National Retail Federation in June ratcheted up its forecast for the American economy to surpass $4.44 trillion in 2021 sales which pencils out to a 10.5% to 13.5% growth.

“We are seeing clear signs of a strong and resilient economy,” NRF Chief Economist Jack Kleinhenz said. “Incoming data suggests that U.S. economic activity continues to expand rapidly, and we have seen impressive growth. Most indicators point toward an energetic expansion over the upcoming months and through the remainder of the year.”

So, what’s the easiest way to increase sales and capitalize on all the frivolous spending?

Retail 101 tells you impulse buying is the result of the Four Ps – Product, Placement, Price and Promotion. Impulse buying should be effortless and require as little thought on behalf of the shopper as possible.

Placement – These items are most often perused as shoppers wait in checkout lines. Larger items can be placed in center aisles and end caps.

Depending on your business, grouping items such as outdoor grilling products, summer or winter recreation equipment, or, as clothing retailers often do, arranging coordinated ensembles, draws shoppers’ attention.

Price – Placing the right products in the most visible places won’t generate any impulse buying without an attractive price.

Promotion – Fear of Missing Out – FOMO is another often-used retail acronym that is used to spark impulse buying. Finder.com reports that over half of shoppers blame FOMO for their proclivity to buy items they might not really need.

Promotion can include all mediums, too. Advertising, online promotion on websites or social media can inspire impulse buys. In-store signs and displays also play a big role in triggering impulse purchases.

Some retailers could add a fifth “P” this past year – “pandemic.” A study conducted last year showed that impulse buying increased from an average of $155.03 per month to $182.98 between January and April.

Many of those purchases were for pandemic-related items – cleaning supplies, toilet paper and hand sanitizer. However, other items weren’t nearly as practical. Nearly 20% of those polled admitted to having purchased a new video game and 22% bought some clothing.

The rise of e-commerce has led to a new level of impulse buying and, as usual, Amazon has led the way. Online shoppers don’t even need to buy a product to trigger all the electronic queries that can lead to impulse purchases.

How often have you clicked on a product only to get fed a series of pop-up advertisements or windows of similar products or associated items? A few years ago, the University of Michigan’s School of Information studied the major online retailers and found their websites contained an average of 19 features that encouraged impulse buying.

In-store displays can accomplish the same results. Displaying associated merchandise together in bundles or kits, or signage that shows in-stock merchandise only, can relay a feeling of convenience or sense of urgency to the shoppers.

It’s mostly an age-related trait, but young shoppers tend to be more impulsive when it comes to buying items they might not necessarily need, especially when shopping online. A 2018 study showed that 49% of shoppers between 18 and 24 had made impulse purchases and nearly 7% admitted to making such a purchase every day.

On the opposite end of that spectrum, just 35% of Americans 65 and up reported making an online impulse purchase.

How do you increase your store’s impulse purchase sales?

A survey of 2,000 shoppers conducted by OnePoll, showed that the majority of impulse buys were for themselves. Gifts for children, friends and pets were other reasons for such purchases.

Nearly three-quarters of the respondents in the OnePoll survey said their impulse purchase positively affected their mood, which during the pandemic, was most likely therapeutic. Because most impulse purchases are made for emotional reasons, focus all marketing – advertising, e-commerce marketing, in-store displays, and salespeople – on promoting those items.

Instead of focusing marketing and advertising on price, consider targeting the prestige of owning a new Swiss watch, golf clubs used by tour players, sneakers endorsed by NBA players, or clothes worn by the top influencers. After all, the satisfaction provided by an easy-to-grab candy bar and soda will only last so long.

However you chose to play it, with consumers streaming back into brick-and-mortar stores it’s a good idea to re-examine your store’s prime display locations to take advantage of those impulsive shoppers.